Post-covid, co-production is the best way forward
to create cinema, films & content that is a win-win situation for all 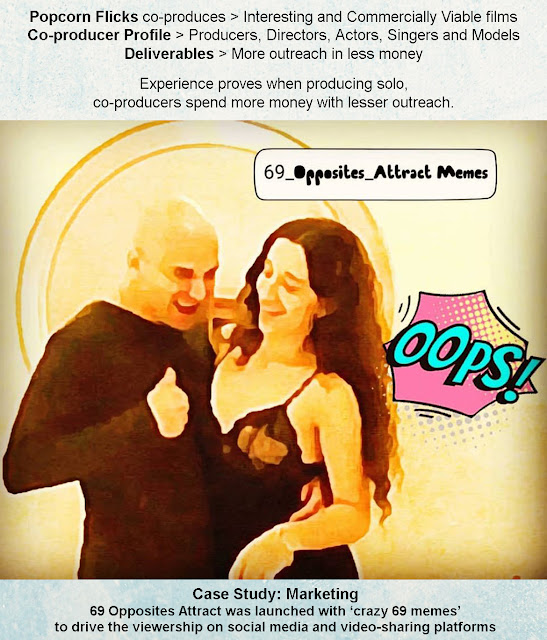 that are release-worthy in Cinemas or on OTT's

Yet, these Films are not Visible 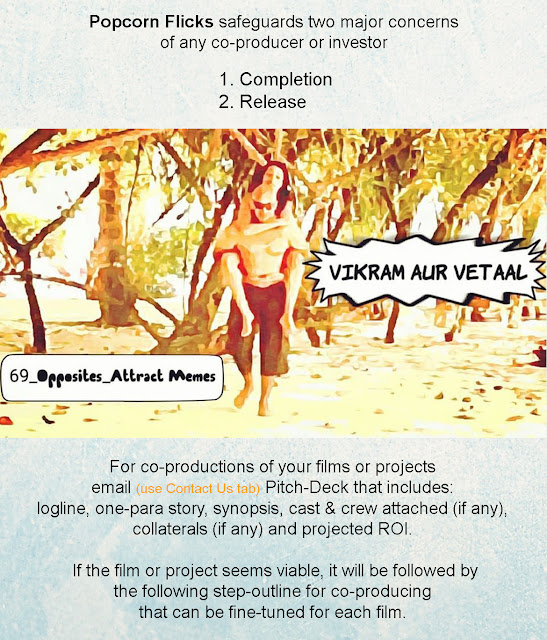 PRE-PRODUCTION
Email your copyright script, for short (duration 10min. to 33min.), feature film (69min. to 120 min.) or Webseries. Script should be such that Amit R Agarwal is in the lead role or parallel lead role. Once approved for it's market viability, we get to production. Amit R Agarwal has 99.99% dot-prediction record about any films' BO potential and success. Case Study: "Housefull 4", Agarwal was the only one to correctly predict after the first day, first show itself that the film will be a blockbuster.
PRODUCTION
We have 4K camera, Mic, Dop, Editing, locations in Delhi-NCR, Goa, UP & Uttarakhand (INDIA). Overseas we have tie-ups in Italy, Australia, Maldives, Kyrgyzstan, Georgia, Cyprus, Kazakhstan, Tunisia, Egypt, Morocco for the best rates. As co-producers Popcorn Flicks covers the entire cost of Film Services and #BNHAF Awards and Festival. Everything else is the cost of the co-producer and/or director.
MARKETING COST
The cost of strategy and execution is borne by Popcorn Flicks. Co-producer pays a pre-decided amount upfront towards part marketing-cost to take the film to international film markets & film festivals. Popcorn Flicks ensures the full, or selective, Top-10 Film Festival round. This cost is a substantial cost for any producer, filmmaker or studio today. Any marketing strategy not planned by Popcorn Flicks will be borne entirely by co-producer.

SALES
Any sales made of the film will be shared 50:50 between Popcorn Flicks and the other party(s) - the co-producer.

CREDITS
Opening credits Popcorn Flicks presents in association with (co-producer's banner). Producer - Amit R Agarwal. Co-Producer (Your name). Screenwriter (the ones mentioned on the copyright script). If Amit R Agarwal script-doctors to better the script, he will be credited as Script Doctor, as well as, co-screenwriter. 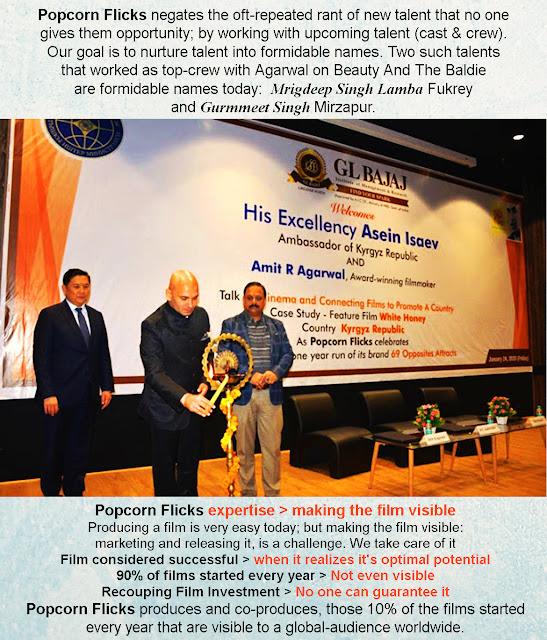 Other than the investors or co-producers,
co-production is perfect for the cast or crew that want to launch themselves