Profile - About Us & Origin

Pick Up A Camera, Shoot Something
No Matter How Small, No Matter How Cheesy
No Matter Whether, Friends, Sister Or Servants Star In It
Put Your Name On It As Director, Everything After That
You Are Just Negotiating, Your Budget & Your Fee

James Cameron's now famous take on film-making is the gist of Popcorn Flicks, India's only production-house that also makes Guerrilla Feature Films, other than the conventional feature films & filmed content.

Amit R Agarwal, award-winning filmmaker, is the COO of Popcorn Flicks. He is the only film-maker from India to have co-directed films for the second biggest film industry in the world, Nollywood.

Popcorn Flicks originated from the thought that filmed content should be a blend of creativity and entertainment. This thought led us to create path-breaking unconventional content for almost a decade, with three feature films, 69 Opposites Attract, I Am A Love Addict & Virgin.. Mira drawing international applause & fame.


Popcorn Flicks quest for experimentation resulted in the films being exhibited over unconventional distribution platforms. Virgin... Mira premiered on 11.05.11 in Cannes to a select audience on the sidelines of Cannes Film Festival 2011 to an overwhelming response. Virgin.. Mira, was shot on Full HD Handycam. The film was screened on a regular cinema-screen (test-shot video from filmlab) introducing yet another innovation to the world of cinema!

In 2010, we made Bollywood independent in essence with 69 Opposites Attract, India's first feature film to release exclusively ONLINE on rajshri.com (digital platform of one of the biggest & oldest Film Producers in India) and US based, openfilm.com

It was the fastest growing feature film ONLINE, viewed across 7 continents, 150 countries and major film-festivals. 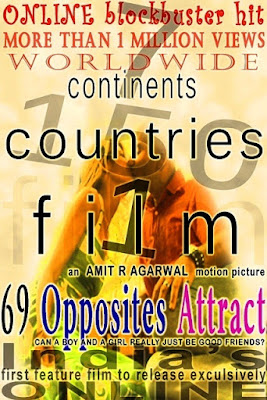 69 Opposites Attract with narrative style akin to Michael Moore's, Sicko; won laurels internationally;  gathered a cult status and it is being rebooted as Six-Cut Feature Film + The Longest Running Webseries In The World, to be screened over a period of 6 years. It is world's 1st feature film to be remade as a webseries. The reboot was launched in November 2016, by Hollywood actress Dominique Swain. 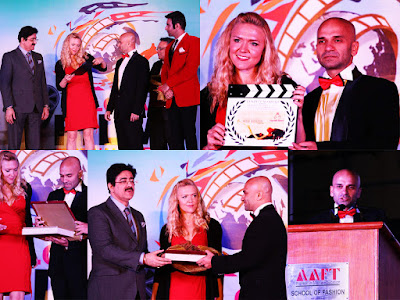 Popcorn Flicks has also started training Film Professionals across the world to create path-breaking, socially relevant filmed content; all successful participants get inducted in the webseries as cast & crew.


Popcorn Flicks is currently developing and setting-up feature films & varied filmed content, with film studios as well as independent producers both in India and across the world.