Objective of each Film Residency > To create a Feature Film

Popcorn Flicks' Film Residency is a curated program to make a feature film.
The module is such that it is a perfect-fit for each and everyone that aspires to make or act in films, be it 1. Established Filmmakers 2. Film School Graduates 3. Aspirants and Freshers.

Fees for four-week Popcorn Flicks' Film Residency program > US$1275 or INR1,00,000
If you want assistance with letter for visa, boarding and lodging, on-ground transport in India, it is to be paid as per actuals (around US$4500). Alternatively, you can arrange it on your own. 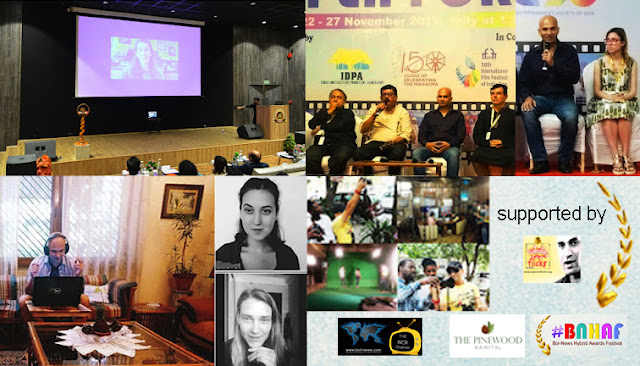 Value Addition > Other than attending Film Residency, participants get
Popcorn Flicks produced feature films, shows and series have won awards, international acclaim and fame with screenings and streaming across cinemas, OTT's, platforms and city squares in Europe (Italy and Germany). The founder, Amit R Agarwal is a multi-award winning filmmaker.

Honey Kapoor Origins: Applause after the screening at a top business-school

Week 4: Patchwork & post-production lineup
What is patchwork?
Patchwork demo and shoot
Audio dubs, if any
Line-up the shoot material on edit