Expected Audience Size > One Billion in lifetime. Perpetual in Nature 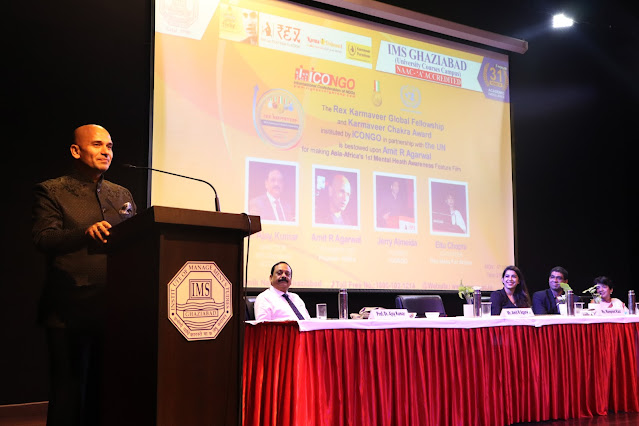 instituted by iCONGO in association with the United Nations

Honey Kapoor Origins screening. Applause at one of the top business-schools in India

For example: The footfall at IMS University Campus during the screening was 900 students in physical form, virtually the film reached 150,000 + students with 15 million impressions across social media only on it's first screening!

Saving lives and helping people with their mental-health well-being